THE UNDERTAKING OF TWO UNSTOPPABLE “YOUNGSTERS” FROM DENMARK TO THE PIAGGIO MUSEUM IN PONTEDERA AND BACK, RIDING TWO APE 50 VEHICLES MORE THAN 4,000 KM. MISSION ACCOMPLISHED! 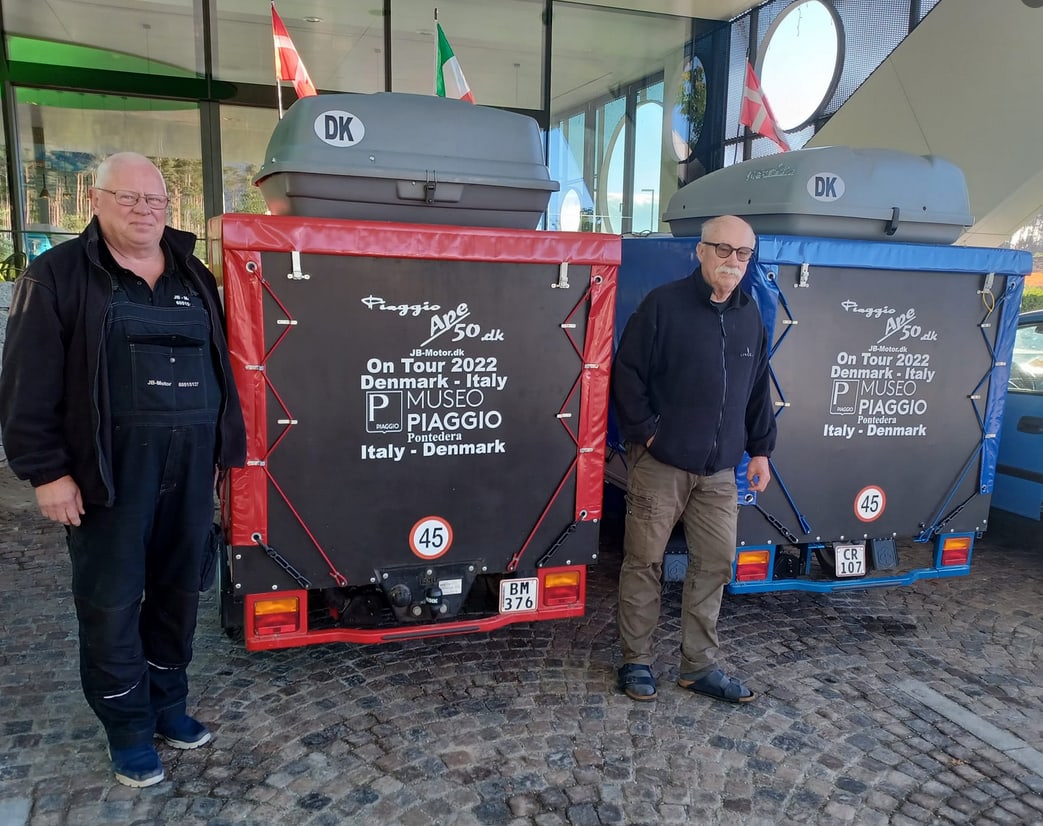 July 2022 – Jørgen Boesgaard's post, dated 7 July, on the Piaggio Museum facebook page, complete with a nice photo of two Ape 50 vehicles, one red and one blue, at the entrance of the museum, says: “My friend (76 years old) and I (68 years old), from 2 June, drove our two Ape 50s from Denmark, specially outfitted for this trip which lasted 4,032 km and we had no problem on the road.”

Wow! What an undertaking. We dug a bit deeper and discovered that the two vehicles had been well prepared and transformed into mini campers (optimally outfitted and organised), drawing curious looks and applause everywhere along the route, slow-travelling, stopping at campsites, enjoying the landscapes and specialities (especially pizza and beer, but not only) of the territories they drove through. The ride was called “Piaggio Ape 50.dk by JB-Motor.dk – On tour 2022 Denmark-Italy Piaggio Museum Pontedera – Italy-Denmark”, round trip from Stokkemarke (headquarters of JB-Motor, Piaggio Ape service centre, which outfitted the vehicles), in Denmark, of course.

Along the way, they headed towards Innsbruck for a pit stop to check on the spark plugs in a workshop in order to keep the vehicles in perfect working order (which were to tackle routes from flat to over 1,000 metres a.s.l. where traction is reduced). In mid-June they were in Bolzano, in Trentino Alto Adige, to then resume their trip.

And then, finally, destination reached: the Piaggio Museum in Pontedera, Tuscany, where the two Danish friends had the chance to admire the collections of Piaggio, Vespa, Aprilia, and Moto Guzzi historic vehicles, as well as the vast display of Ape vehicles ( www.museopiaggio.it/en).

On the way back, a stop in Pisa to take photos of the Leaning Tower and then a visit to the Ferrari Museum in Maranello, the Zeni wine Museum (in Bardolino on Lake Garda, Veneto), and the olive oil museum... obviously not passing unobserved, with the two Ape vehicles in “tandem” formation and Italian and Dutch flags flying on the roof. Good job, guys!

The photos in this article are taken from Jørgen Boesgaard Albertsen’s and JB-Motor’s Facebook pages.

THE “OVERTAKE” BY THE VESPISTA TRAVELLING TO NORDKAPP.

20 June, on the return trip: “Last night before DK. Along the road we were overtaken by this fresh young man from Turin (72 years old) travelling to Cape North with his Vespa scooter.” Apisti and Vespisti, no limits! Neither km nor age. Applause. 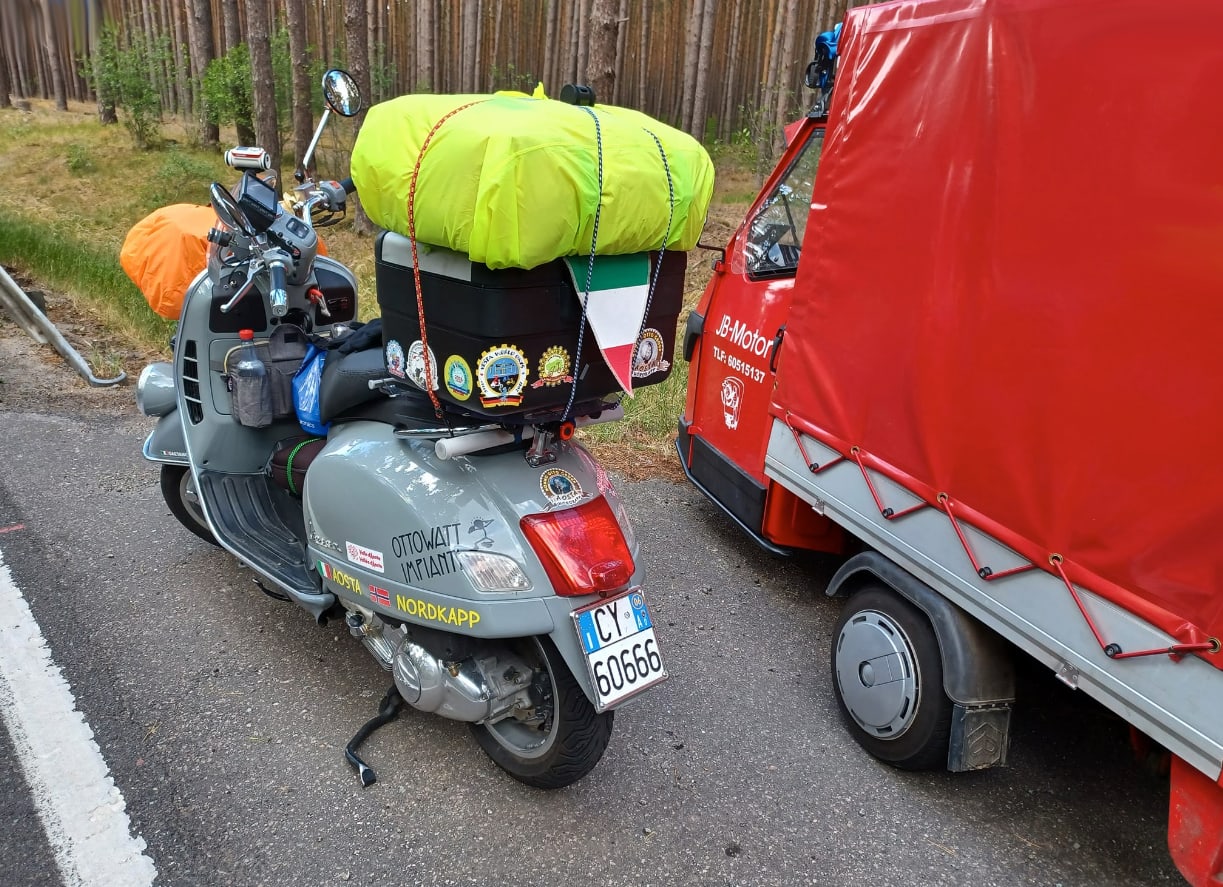