THE PLAN: 60 NATIONS, 80 THOUSAND KM ESTIMATED. FIRST LEG COMPLETED: FROM EUROPE TO NEPAL AND BACK. ON THE ROAD HOME (CONEGLIANO, IN VENETO), IN HIS BLOG, THE RIDER TALKS ABOUT WHAT HE HAS LEARNED IN THE PAST MONTHS ON THE ROAD.

July 2022 – “I'm going to drop everything and change my life!” It’s a “revolutionary” thought that has gone through all of our minds at least once. Veneto native entrepreneur, Gianluca Pellegrinelli, a Vespista from the Club in Conegliano (Treviso), did it for real. After a life dedicated to his sons and his work, he decided to embrace his passions and rediscover the flavour of freedom and challenging himself. On 7 May 2022 (the day after his 58th birthday) he left for the first leg of his round-the-world travel plan – two years, 60 nations, an estimated 80 thousand km – astride the new partner in adventure that he chose carefully: a 1981 Vespa P200E in red livery. “Vespa because,” the rider writes, “it’s practical, versatile, dependable, and known the world over.” He travels “slowly” with his Vespa, enjoying the roads, the territories, and especially meeting all the people from many different ethnicities and cultures who smile at him when they see him ride by or stop with his red Vespa. From late June to early July, he was in Nepal, where he began “manoeuvres” for his return home to Conegliano. There, he will take some time to lay out the next legs. 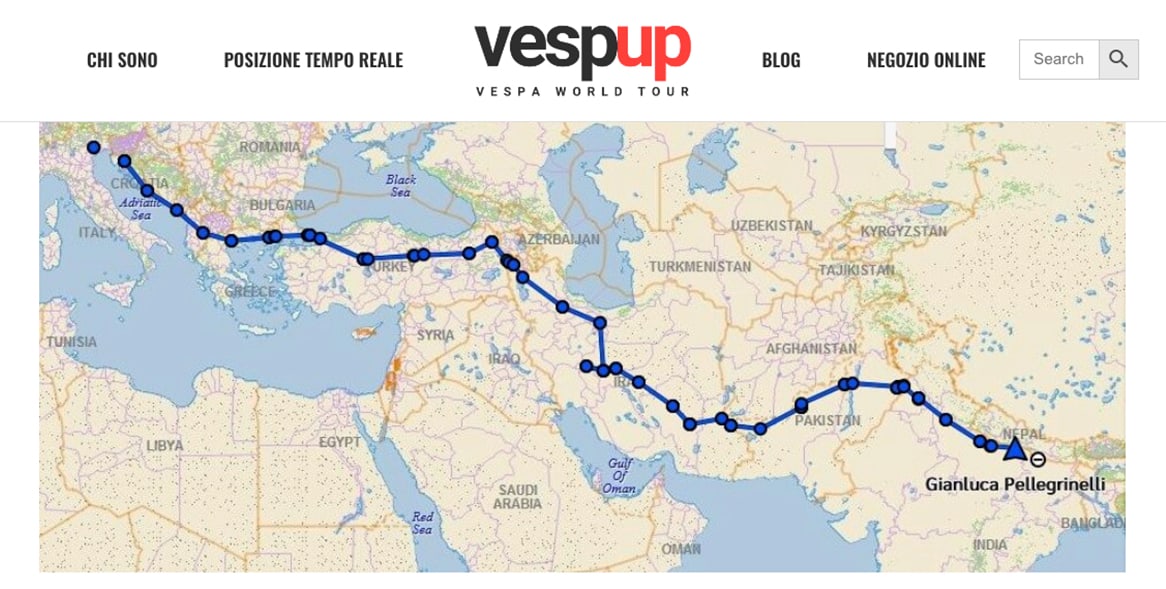 From Veneto through Europe; Northern Macedonia and Turkey, followed by Iran, Pakistan, and India, all the way to Nepal. Image source: vespup.com/it

His preparation was painstaking and meticulous, organising everything down to the smallest detail, from the route to his baggage, from vehicle preparation (overhauled engine, single-seater saddle, luggage rack, additional guards, rebuilt shock absorbers and new electrical system to charge mobile and PC) to the tools he took with him, and even his website, dedicated to the great challenge - https://vespup.com/it/ - where he talks about the genesis of his new project, and above all about his ride, including unexpected events and wonders, which demands a high capacity to adapt and even more courage. And then there are his posts, photos, and updates.

Many new friends follow him online, thrilled by his adventure, just reckless enough to join in the wake of the great Vespa travellers (there is a rich selection in the Pontedera Piaggio Museum dedicated to big rides, with the original vehicles on display). 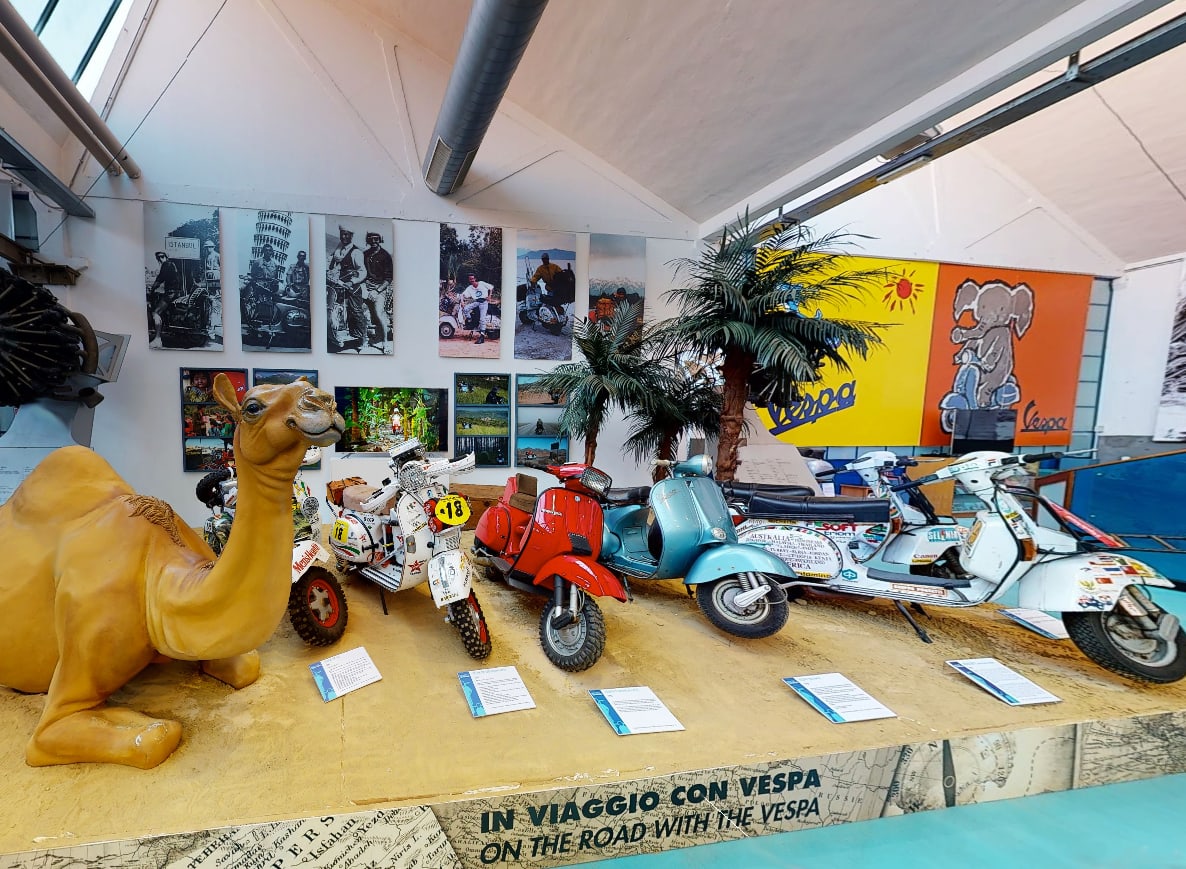 Pellegrinelli is certainly not an improviser. Over the years, he has accumulated experience on numerous trips astride two-wheelers. But this world tour is special. It’s a life voyage. But what has he learned over these past months on the road with his beloved Vespa companion, from Veneto to Nepal and back? He talks about it on his website, to be read and meditated over.

I learned to travel alone and to get to know myself better.
I learned how to manage a trip in difficult countries...
Everywhere I went, I found people who were friendly, open, helpful, and generous.
I was never afraid and I learned to manage my emotions
at the most demanding times.
I learned to appreciate the beauty in small things more.
I learned a lot...
The Vespa continues to eat up the kilometres, invincible against the obstacles and adversities of the terrain and traffic...
GIANLUCA PELLEGRINELLI.