Guimarães (Portugal), July 2022 – From 30 June through 3 July in Guimarães, northern Portugal, the 2022 edition of the European Vespa Days was held, the international rally organised by the Vespa Clube de Portugal, with the collaboration of the Vespa Clubs de Lanhoso, de Barcelos, de Felgueiras, de Guimarães, and do Minho, and under the aegis of the Vespa World Club. And it was a resounding success with 6,800 Vespa registered from all eras and from 30 different countries (from all over Europe but also from Canada, Mexico, and Australia). For four days, the Vespa Village livened up the event, set up in the large Multiusos di Guimarães sports complex.

The schedule of events was rich and exciting, beginning with the Vespa Trophy, a coveted trophy by Vespisti who documented the stops on their trip to the rally with photos and special stamps. Co-star of the Trophy was the Piaggio Group European dealer network, acting as check points for the Vespisti and also offering qualified assistance to the travellers and their vehicles on their way to the European Vespa Days. The Trophy was won by Vespa Club Verona, which confirmed their status as champion for the third time, ahead of Vespa Club Trento and, third on the podium, Vespa Club Canada, participating in the trophy for the first time. All participants had a much-appreciated discount on maintenance with the dealer network, truly useful after travelling thousands of kilometres on the road.

There was an “institutional” moment within the rally on Friday, 1 July with the Vespa Clubs World Assembly, the forum of the Presidents of the 60 national Vespa Clubs that are part of the Vespa World Club (the official organisation of global Vespa riding, founded in 2006), presided over by Mauro Calestrini, which defined planning for the upcoming international Vespa events.

Getting back to the rally, the organisers provided a rich programme of outings, giving the Vespisti a chance to get to know every aspect of the host country with themed tours, including museums, spectacular landscapes, and excellent cuisine for a full immersion that gave the Vespisti broad strokes of Portugal’s beauty, culture, and history (the historical centre of Guimarães is a UNESCO World Heritage Site. And then, there was the Vespa Elegance Contest with each Vespista invited to evoke the dress look of the era of his or her own Vespa. And there were plenty of original “equipment packages” at the rally, a chance to show off the most astonishing Vespas. The rally received plenty of press coverage and involved the cities of Guimarães, Braga, Felgueiras, Barcelos, and Povoa de Lanhoso.

The Vespa Museum was also rather popular (installed in the Alberto Sampaio Museum, located in the centre of Guimarães), open to the public during the event (the exhibit will continue through 18 July). On display are numerous vehicle models and memorabilia on loan from national collectors. And, as a testament to the rally, the colourful mural remains, created by the artist Nelson Xize Art in the Eiras tunnel in Creixomil, Guimarães, a symbol of European Vespa Days 22. 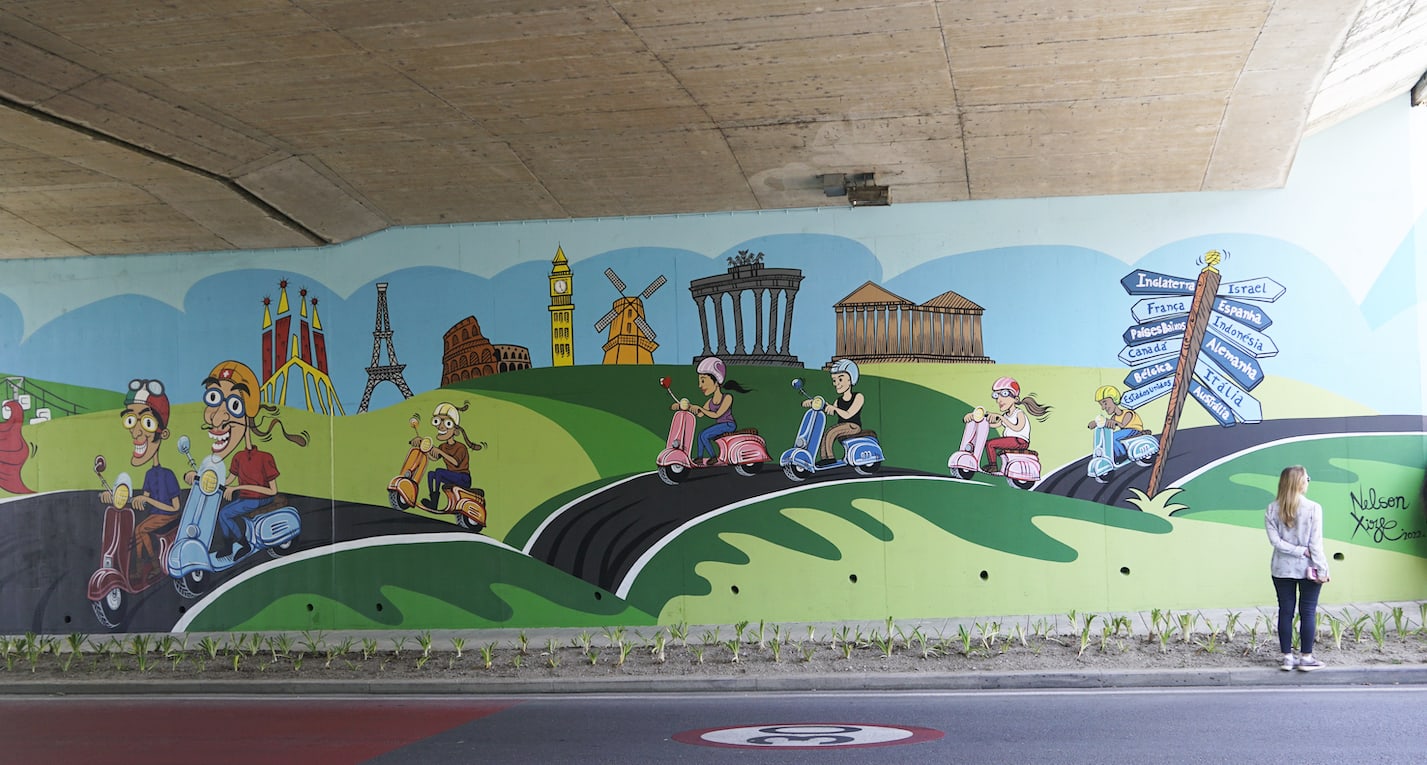 On Saturday 2 July, there was a long procession of Vespisti for about 90 km all the way to Braga, reaching the cathedral where the participants had the opportunity to receive a blessing astride their beloved Vespas. The Saturday evening of the event was dedicated to the gala dinner with typical dishes for more than 2,000 Vespisti and the participation of the Guimarães mayor and the local authorities, as well as the team of the Piaggio Group Importer in Portugal (Conceição Machado, LDA), the President of Vespa World Club Mauro Calestrini, and General Secretary Marco Manzoli. The dinner was followed by the awards ceremony and the public announcement of the Vespa Clubs Assembly decision: the next international Vespa World Days 2023 will be held in Interlaken, Switzerland, from 15 to 18 June. INFO: vwd2023.ch. 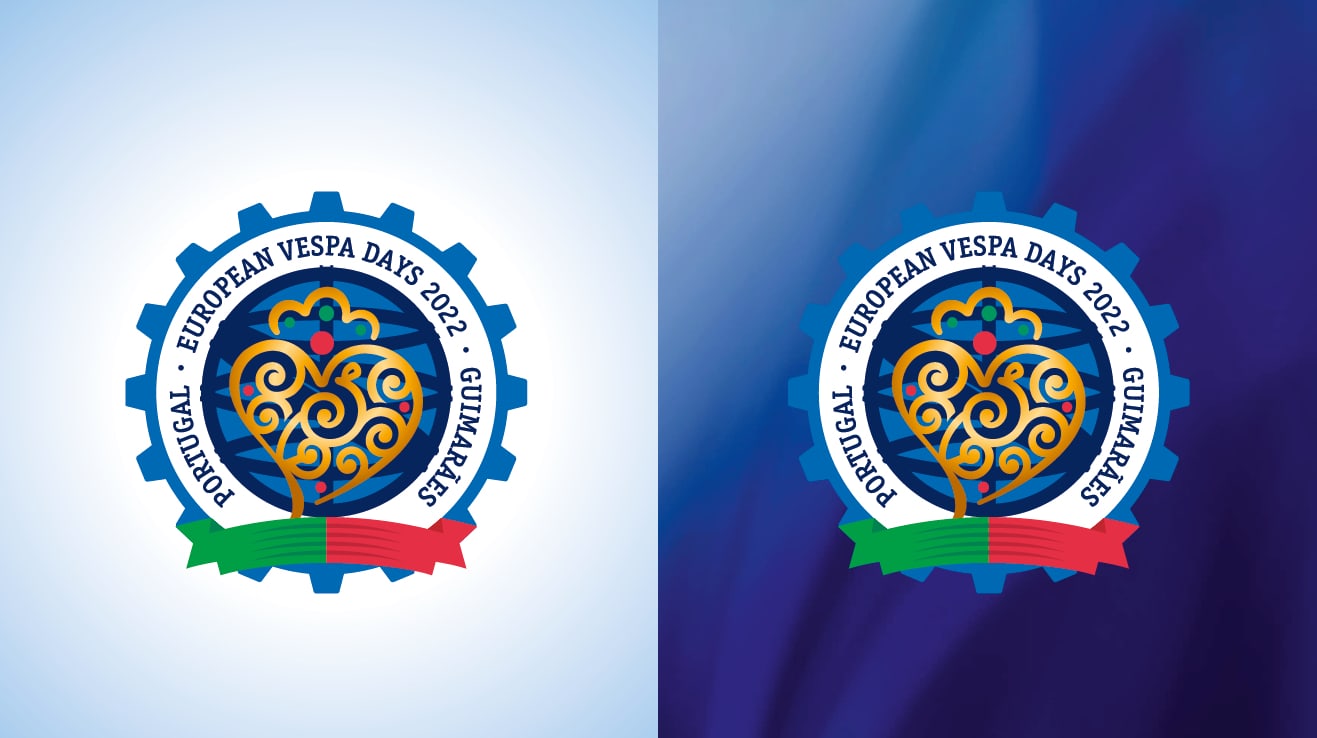